Leonhard Hieronymi was born in Bad Homburg and grew up in the industrial area on the northern outskirts of Frankfurt. Korbinian Verlag previously published his book Ultraromantik, which has since become a cult and collector's item, and Hoffmann & Campe published his novel In Zwangloser Gesellschaft in 2019. In 2021, MOSTRO appeared. Pinocchio Ice Cream in Germany (Starfruit Publications). Leonhard Hieronymi's new publication is titled Trance and is a wild hybrid of personally colored essay and literary nonfiction, set, of course, mainly in Frankfurt am Main, the actual place of origin of German club culture. Hieronymi takes a radical approach to his literary announcement, starting with himself and his own growing up. The book begins in Frankfurt's Speckgürtel, in Oberursel, at an integrated comprehensive school in the early 2000s. Drawing on the great disillusions of his generation (from Marilyn Manson to the attack on the World Trade Center), Hieronymi tells how his friends and he initially just missed the utopian moment of techno and house culture in Germany. 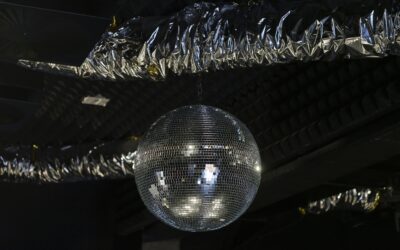 In Trance writer Leonhard Hieronymi traces the origins of trance and technoculture in the 90s. In Wandersalon #37 he reads excerpts from the book and talks about club culture.