The artist Hayden Fowler, born in New Zealand, studied biology and also ethology, the science of animal behaviour. Today he applies his scientific background to his artistic projects. In complex installations, he draws on ideas from natural history, science fiction, and zoology, engendering works of art that speak of loss, hope, and the complicated relations between humans and nature. Fowler’s work calls on viewers to keep re-examining the role that humans play on this planet. His practice is concentrated on the creation of detailed sets and dioramas which render scenes ranging from pristine futuristic interior spaces to post-apocalyptic landscapes. Within the individual pieces, Fowler interlinks various media, such as photography and video, but also performance and sculpture.

Fowler will develop an artificial landscape on the premises of the former General Blumenthal coal mine in Recklinghausen. In a geodesic dome — an arch made of a multitude of triangles joined together—plant species that had already died out in this region so scarred by heavy industry are to be given a new lease of life. 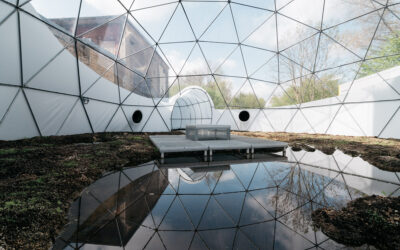 On the site of the former General Blumenthal Mine, New Zealand born artist Hayden Fowler creates a poetic reflection on the dramatic and often invisible loss of species from the natural world.