Based on her interest in creating the public sphere and the associated conditions within an urban environment, Maximiliane Baumgartner's action spaces and conceptual painting series are characterized by an exploratory practice. She is interested in the use of painting as an extended field of action. As an artist and art educator, her mobile architectures and performative installations explore the emancipatory possibilities of a critical and feminist pedagogy as well as performative forms of learning. The interrelation between artistic production and mediation is central to her artistic work.

In the context of Ruhr Ding: Schlaf, Maximiliane Baumgartner is developing the mobile and situationally applicable artistic architecture Das Sprechende Eck (The Talking Corner) for the Steele district. It provides children, young people and adults with an open playing field and a framework for artistic, exploratory forms of action. The motto 'We accept commissions' is essential here as a so-called play motif: a commissioning office, which is run by participating children and young people, accepts commissions from local businesses and public places, such as hairdressing salons, Internet cafés, bakeries, cinemas or district libraries, interprets them and at the same time implements them in Das Sprechende Eck. The commissions include advertising, but also window dressing or commissioned pictures. The local neighborhood public is thus activated and involved.

Maximiliane Baumgartner studied art and art education at the Academy of Fine Arts Munich and has dedicated herself to play settings and archives since 2014. Thus, she initiated the mobile art project DER FAHRENDE RAUM, an action space for art mediation and artistic action in an urban context in the Freimann district of Munich, and programmed it in changing collaborations between 2015 and 2019.

Maximiliane Baumgartner (*1986) lives in the Rhineland. 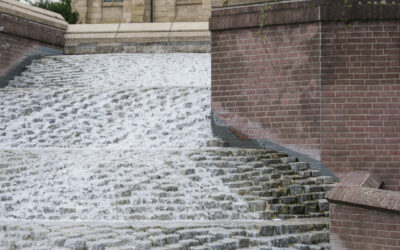 At Wandersalon #38 the artists Maximiliane Baumgartner und Stephanie Lüning present their ideas and discuss ways in which public space can be influenced.