The Emscherkunstweg is a public art collection along the Emscher. The cooperation project is implemented by Urbane Künste Ruhr, the Emschergenossenschaft and the Regionalverband Ruhr and is under the patronage of Ina Brandes, Minister for Culture and Science of the State of North Rhine-Westphalia.

The public art collection emerged from the temporary exhibition format Emscherkunst, which has accompanied the Emscher conversion by the Emschergenossenschaft since 2010. Emscherkunst was initiated on the occasion of the RUHR.2010 Capital of Culture and subsequently continued as a triennial. While many works of art remained permanently at the site in 2010, mainly temporary works were created in 2013 and 2016, each for an exhibition period of three and a half months. Since 2019, the Emscherkunstweg has been a permanent sculpture trail and thus a sustainable exhibition format for the region. New works of art will gradually be added to the existing works. The extension is being designed by Britta Peters, artistic director of Urbane Künste Ruhr, together with curator Marijke Lukowicz.

The Emscherkunstweg is funded by the Ministry of Culture and Science of the State of North Rhine-Westphalia.

For the Emscherkunstweg, artist Nicole Wermers has created a sculpture from over 50 bicycles and a triangular bicycle stand she designed. 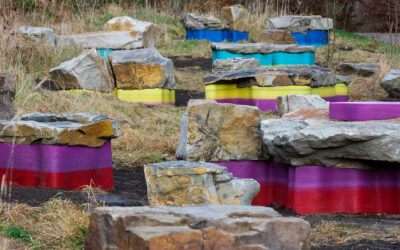 For the Emscherkunstweg, artist David Jablonowski has created a hybrid sculptural installation in Dortmund using sandstone and 3D printing technology. 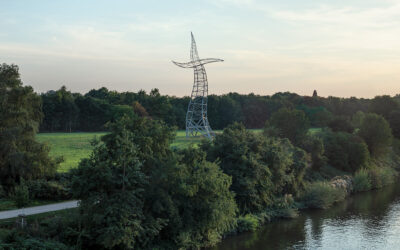 The Zauberlehrlng is based on the dimensions and shape of a conventional electricity pole, but all the parts have been redesigned and manufactured to give it the dancing character. 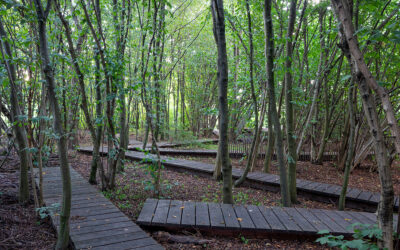 The Berlin landscape architecture office atelier le balto transformed a large, overgrown hazelnut grove near a motorway feeder road into a place to linger for Emscherkunst 2016. 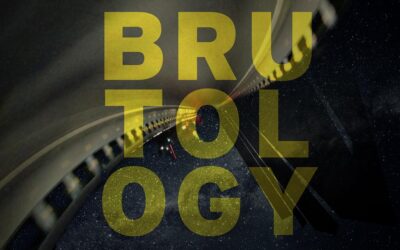 In preparation for the piece BRUTOLOGY which Montserrat Gardó Castillo and Petr Hastik are currently developing for the Emscherkunstweg, four virtual road movies will take place in April.

A total of 23 sculptures form a fictitious city, on a scale of 1:25, made up of various real buildings that have been demolished in the Ruhr area since the turn of the millennium. 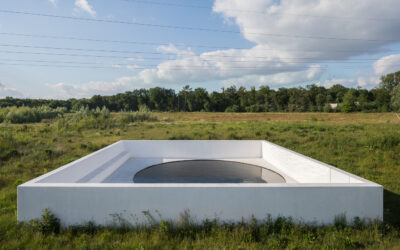 Spirits of the Emscher Valley

The multi-part sculpture was created in a participatory process with people who have a personal connection to the Dortmund districts of Huckarde and Hörde. 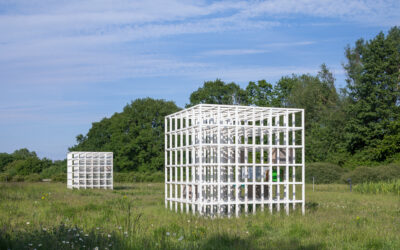 The Insect Societies (part I)

Henrik Håkansson opens a vision of ecological future at Emscherquellhof: The Insect Societies (part I) was created in the context of a region reinventing itself with the Emscher rebuilding. 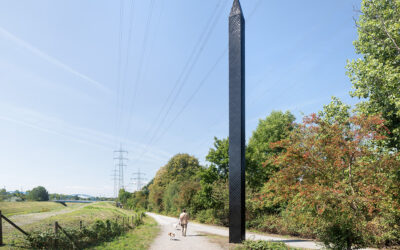 The almost 14-metre-high carbon obelisk stands at a crossroads north of the Emscher, not far from the Schurenbachhalde. McBride's work is a response to the prominent landmarks by Kummer and Serra.

The artist Samuel Treindl developed the work Vögel (Birds) as part of the contribution Stadt-Raum-Bewegung by the Münster Art Academy to the Emscherkunst exhibition 2016. 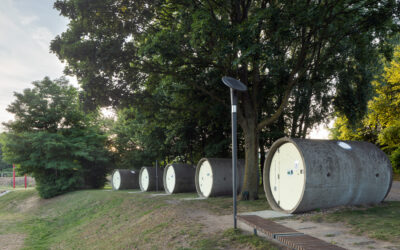 Starting from the question of whether hotel rooms could function as simple as lockers, the artist Andreas Strauss developed his project dasparkhotel. 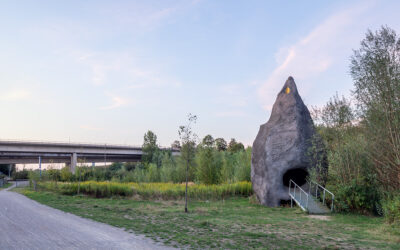 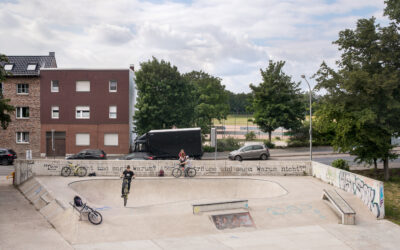 With her project PLAY_LAND for the Emscherkunst 2013, Slovenian artist and architect Apolonija Šušteršič was directly involved in the Emscher rebuilding. 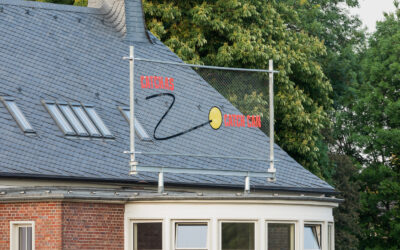 In close cooperation, the German light artist Mischa Kuball and the American conceptual artist Lawrence Weiner have realised a work for the exhibition project Emscherkunst 2010. 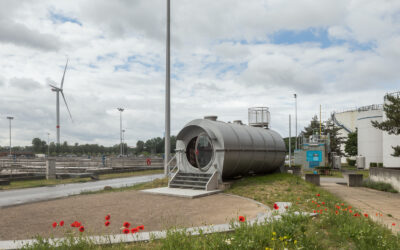 For Emscherkunst 2010, artist Mark Dion converted an old gas tank, which he found on a former sewage treatment plant during his explorations of the Emscher Island, into an observation station.

Inspired by the aesthetics and iconography of English wall paintings, Silke Wagner sees the mosaic as a monument to the history of mining. 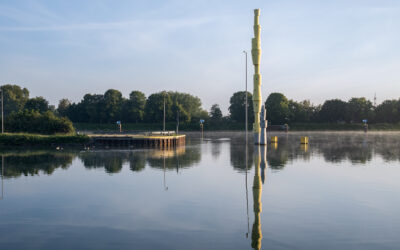 The three-part figuration stands at the end of a rectilinear headland in the middle of the Herner Meer. The bodies have irregular holes in which the wind can catch and produce sounds. 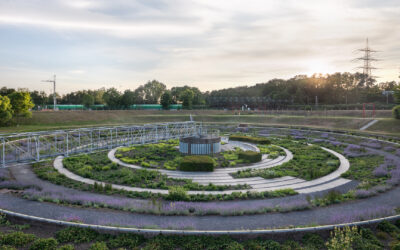 The Dutch artist Piet Oudolf designed the Theatre of Plants in today's BernePark in one of the septic tanks together with the Scottish landscape architects from Gross.Max.

Monument for a Forgotten Future (2010)

The Monument for a Forgotten Future project consists of a faithful copy of a mountain formation from Joshua Tree National Park near Los Angeles. 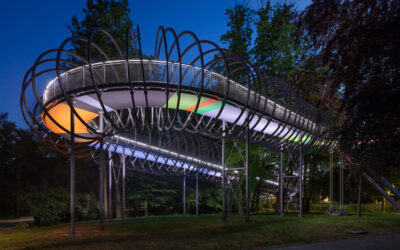 Based on the well-known children's toy, the colourful spiral "Slinky", the Slinky Springs to Fame bridge in Oberhausen winds its way across the Rhine-Herne Canal. 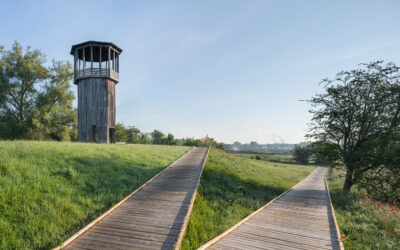 Tadashi Kawamata's work accompanies the Emscher rebuilding by erecting an observation tower on a hill to the west of the water crossing, to which a narrow footbridge leads.